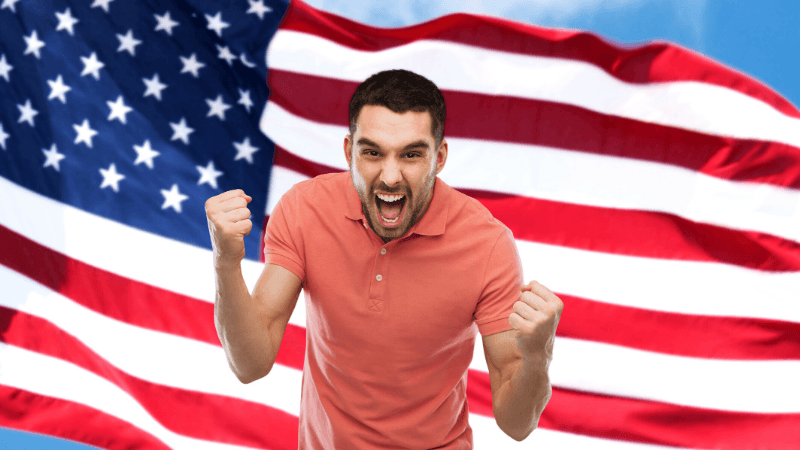 No other country in the course of history has given so much good to humanity in such a short amount of time. Whether you like it or not, America is the epitome of the entire world.

Don’t think so? Ask anyone anywhere outside of America if they would trade trade places with you and why… I’ll wait.

For some reason, this “America Sucks” attitude has been the theme of 2020 so far and frankly, I’m sick of it.

In observation of independence Day, I sought to set the record straight and share 20 reasons America rocks the socks off of every other country. Even in 2020.

In a nutshell, here’s how to create the kickass nation known as America:

Look at any major creative industry and you’ll notice one thing… they’re all American. The American spirit is one of exploration and innovation. Can’t conquer something? We’ll create instead!

Here’s a list of things NOT invented in the United States. Everything else you can put in the “win” category for Team America.

That’s right, Americans invent a lot of stuff. Look around your immediate surrounding? Sure, it may have been manufactured in China. But the idea probably came straight from the head of a red-blooded American.

A diverse country indeed! Especially when it comes to our climate. America is home to a wide array of climates and microclimates. Whether you like rain, snow, sleet, sun, or shine, there really is something for everyone.

There’s no other way about it, communism is evil. While people are worried about a virus, marxist ideology has started to manifest physically in our streets. Communism is a cancer that kills everything it touches. Luckily, marxism is no match for traditional American values. Whatever evil threatens the world, America usually takes the lead in sussing it out.

We are a land of immigrants. America is one of the very few countries where nationality is not determined by ethnicity, language, or religion. For this reason, people around the world crowd in line to grab a slice of American proverbial pie.

Anyone who accepts and demonstrates American ideals as their guiding principles (citizen or not) are American by me. And I’ve found most Americans tend to agree with that basic assessment.

America is home to beautiful women from across the globe. With such a diverse genetic population, we sure do produce some good lookin’ gals. As diverse populations continue mixing and mingling on American soil, we can look forward to many years of gorgeous American women to come.

First they went from pitch forks to firearms to fight for freedom. In fact, America’s heartland is usually the one to answer the call to service whenever the world is in trouble.

But, when American farmers aren’t off fighting fascism in foreign lands, their busting their ass to feed people in those same famished countries.

We’re reigning back-to-back world war champions for a reason. America’s military is force to be reckoned with. Literally. Whenever there is ANY security issue worldwide, people turn to America to save the day. It’s a dirty job, but somebody’s got to do it.

America created one of the most perfect legislative documents known to Mankind.

The Constitution has influenced a little less than 200 free countries around the world who have created their own governments in our likeness.

As with any pandemic, the world is looking to America for the Covid-19 cure. And like always, we will find one and save human lives across the globe. It’s just what we do.

Americans are innovative geniuses who create more patents, trademarks, and copy-writes than any other country. Year after year.

In fact, you can thank America for the internet, personal computer and smartphone right now. You are reading this article, aren’t you?

America ended slavery. Sure, abolitionism may have its roots in European intellectual circles.

But, America did the deed and severed the serpent head of this undeniably evil institution. Unfortunately, the world has been much slower to follow suit.

America has a stable currency that is used as the global standard of trade. This also makes English the international language of business.

In any country I’ve visited worldwide, those who accept Americanism and learn the language almost always belong to the upper class of their respective societies.

We created the atomic bomb and nuclear power, the original clean, renewable energy source. In fact, We continue creating technologies for more efficient energy production. Algae that makes gasoline from slaughterhouse leftovers, the lithium-ion battery and infrastructure for mass productions and utilization of electric cars and of course, fracking.

Americans are fiercely independent. This can’t be more clear than the fact that most American cities are designed for automobile access. America has a deeply engrained car culture. For this reason, we have both produced and embraced some of the finest automobiles known worldwide.

American has a remarkably high quality of life. Even our own poor are far better off than the poor (and often middle classes) of other countries.

Do you make more than $3 a day? Congratulations! You are one of the wealthiest people in the world.

Who needs to go to the middle east when we have the real holy trinity born and bred stateside. In case you didn’t know, God is from Texas and Jesus is from Louisiana. And what’s the best way to defend The Big Man and Big Man Jr? Pure firepower. There’s a reason America’s birthday is Jesus’ half birthday.

America takes something good, makes it better, and shares it with the world.

20. The World is A Better Place Because America Rocks

The world is a better, more peaceful, prosperous, place because of America. Anyone who says differently has either deliberately chosen to ignore this facts on a daily basis or hasn’t done much world traveling.

Are you on team America rocks?

When it comes down to it this Independence Day, you essentially have one of two choices:

I wrote this article. What have you done to show America rocks?