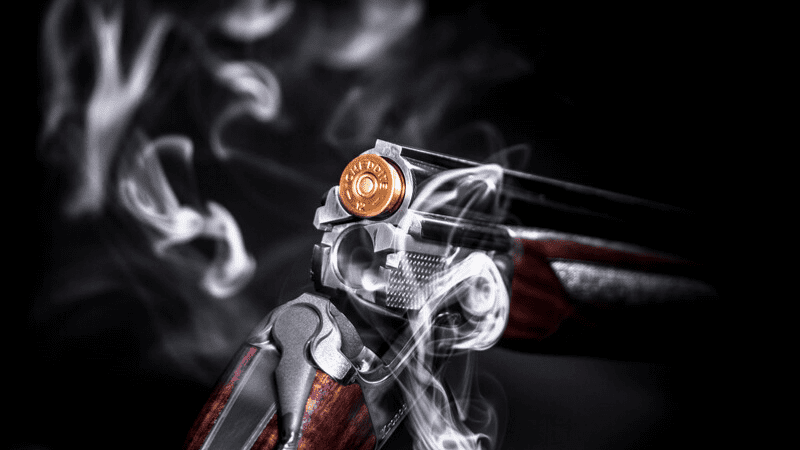 5 Reasons Every Man Should Own a Gun

Do you own a gun?

The world is a crazy place these days. In the wake of any national tragedy we usually hear gun control advocates preach about the dangers of firearm ownership.

However, many fail to ignore the droves of people who sign up for self-defense classes. Many end up desiring additional protection and find themselves considering the purchase of their first firearm for the first time.

Whether you’re already an avid gun-lover or are considering your first firearm, here are five reasons every man should own a gun.

And know how to use it.

1. Guns are your best form of self-defense

This is one of the main reasons many men will buy their first gun.

Although you probably already take precautions in protecting yourself and your family, crime can occur in any place, at any time.

Unfortunately, there are a lot of sick people in this world who have no qualms about doing harm to you or others.

For many men, carrying a weapon adds additional peace of mind. In an arsenal of self-defense tools and tactics, a firearm is among the most effective.

2. Protect your human (and American constitutional) to own guns

It is the right of every citizen to own a firearm.

The second amendment explicitly states that “the right of the people to keep and bear arms shall not be infringed upon.”

You are respecting The US Constitution and protecting your freedom by owning a gun. Practicing the second amendment is the best way to protect the first amendment.

A man protects himself and his tribe.

It turns out, we (for those in the US) belong to a pretty damn good one.

Don’t allow yourself, or those who wish to destroy our cultural foundation of freedom, take that for granted.

Expressing one’s patriotism can be easily shown or hidden. So is the use of a firearm.

Keeping a gun at home in a secured location could be a private expression of patriotism. Showcasing your collection to your buddies at the range would be a more overt display of patriotism.

Whether you announce it to the world or not, gun ownership is a vote of approval for everything Americana.

Historically, there have been desperate times that call for desperate measures.

We’ve been fortunate in modern times to not experience some of the same atrocities as our forefathers. But, we mustn’t forget history either.

History is bound to repeat itself. And we must be prepared to defend ourselves from both external and internal threats.

Many forget that as Americans, we are also afforded the right to assemble a local militia to protect against local attacks, rebellions and tyrannical governments.

Knowing how to properly use a firearm makes you a valuable asset to your community in times of need.

We never know what lies ahead in the future. It has been proven that zombies cannot withstand a bullet shot to the head. However, it should certainly slow them down.

Jokes aside, owning and knowing how to use a gun is the purest form of insurance to protect yourself and your family against any unfathomable shit the future might hold.

You don’t have to turn to the news for long to realize that there’s a lot of insanity in the world today.

What’s more crazy is that a lot of that shit is already approaching our doorstep. You won’t be warned with a friendly knock on your door before it spills into your community or home.

Remember that simply owning a firearm will not guarantee your safety.

Those looking to defend themselves and their loved ones need to ensure they are well-trained and efficient with their particular weapon system.

The inability to safely operate a firearm under stress can easily make a bad situation worse. And even escalate the risk of violence.

Before you buy your first firearm, make sure you’ve established a firearms training plan for how you are going to learn to use it.

If you decide that carrying a concealed weapon is the right thing for you, the first step is for you to check the CCW laws in your state.

Most CCW class instructors will suggest completing a training class before purchasing a weapon so as to know how to handle and use the gun.