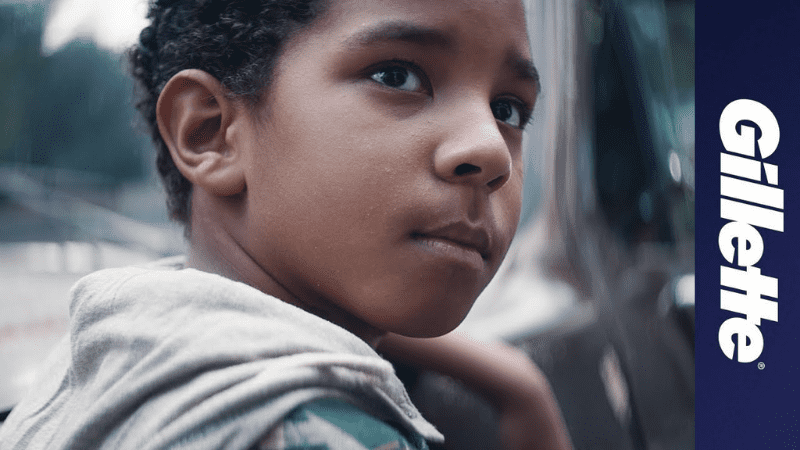 Unless you’ve been living under a rock, I’m sure you’re well aware of the advertisers turned holier-art-thou PSAs that have been poisoning the airwaves lately. And the latest Gillette ad certainly didn’t disappoint.

Sure, we’re familiar with the non-profit PSAs and mainstream ads attempting to shift behavior.

This isn’t necessarily a bad thing. I’m glad the “smoking kills” message has become a staple in the cultural zeitgeist.

In fact, I wish they’d double down on the messaging to include:

But first, we have to make sure everyone knows that men are complete pieces of shit and that their behavior is pig-worthy at best.

What better way to do this than by embedding leftist-leaning propaganda in product advertisements targeted towards men.

You think they’d at least be subtle. Like the highly-sexualized shampoo ads of the 90s. Essentially, they just depicted chicks water-blasting themselves with the removable shower head until achieving orgasm.

Since men are so stupid and weak, it’s now ok to blatantly shove this “toxic masculinity” nonsense in their face and shame them for it.

At least that’s what I initially thought.

We missed the real message in Gillette #MeToo ad

In the recent “short film” by Gillette, I at first assumed this was essentially a two-minute, puke-worthy, browbeating by beta men and the feminist PR handlers.

Although the blatantly propagandistic advertisement was a complete failure, I soon realize I missed the point. In fact, we all did.

If you’re like me and found this repulsing to watch, let’s look at the true intent behind the ad.

Seen in a new light, I actually agree with the commercial. The fact that this filth was even produced serves as a clear cry for MORE masculinity.

In fact, every segment is a subversive call to action for men to man up. By making fun of them.

Here’s a complete breakdown by second and minute.

The first few seconds start off with an array of men looking at themselves in the mirror.

And not one of those “Damn, you look good” looks.

More like the look you give yourself after drinking and doing blow all night, wondering how you’re going to pull it the fuck together and drag your drugged-up ass to work.

In this case, the horrid look of shame foreshadows a reflection of what is to occur when men fail to be masculine.

Queue Orwellian 1984-esque music and the classic Gillette man projected on a screen.

“Is this really the best a man can get?” Gillette asks.

Translation: “Men, where the hell have you gone?”

The projection screen showcasing their previous tagline “The best a man can get.”

Gone is an era when they actually just sold razors to men.

We see this as degenerate loser-looking kids run wildly through the screen, ripping it to shreds.

“Bullying” text message bubbles pop on the screen as a young boy is embraced by his (presumably) single mom.

Yep, children of single mothers are more likely to be bullied or abused.

In fact, single motherhood is the worst thing a parent can do to a child.

Again, men, this is what happens when you don’t assume your head-of-the-household position. Your children end up weak as shit.

Quick-cut through a few snippets of women being cat-called, ass-grabbed and flirted with.

With the exception of the black maid, who I’ll give the benefit of the doubt and assume was cleaning, the other two chicks were actively seeking male attention.

Again, I’ll side with Gillette on this one.

When a woman is seeking attention, don’t give it to her.

Thirsty guys are gross. Girls only want attention from guys who won’t give it to them. Usually, guys they think are hot.

If that’s not you, back off.

Scroll through a few snippets of people laughing hysterically.

Again, notice that the men are all pathetic-looking and laughing at behavior that demonstrates weakness.

Yes, I find such ridiculousness and degeneracy laughable too.

Granted, I have seen this a time or two in my career. But, it’s always been done by H1B immigrants from third world countries towards western women.

Because, you know, diversity.

In this case, the table is full of clean-looking white guys.

Not saying this doesn’t happen, but like the “whites only” burglars of home security commercials, I find this specific scenario the least likely.

Just some innocent rough-housing. Which is actually a vital part of a young boy’s development to learn physical boundaries and how to control his strength.

In this case, a pot-bellied dad breaks it up, stating “we don’t do that”. All while the camera pans down a line of overweight or domesticated men with their arms crossed, refraining “boys will be boys.”

How dare you allow your boys to channel their masculine energy via physical confrontation!

Don’t you dare step away from your grill in your backyard, you neutered dog.

Good, we’ve already demonstrated how weak men create wussy sons who won’t stand up for themselves.

Let’s rub in your face what that leads to at a societal level…. socialism.

You called it Gillette.

The cultural shift might have gone past the point of no return.

Luckily, there’s been a cultural backlash to the video. But, I don’t think that was part of Gillette’s plan.

Yep, let’s get a jacked black guy (and prolific robot dance move maker) to rub your weakness in your face.

What should you should expect to happen if you’re a fat dude with weak game?

Women are repulsed by you.

01:00 – Fatherless children belong to a generation of lost boys

Fatherless kids still running about… alluding to the generation of “lost boys” that occurred as a result of spineless men.

01:10 – Potential violence is the answer

Starting with (what appears to be) some inner-city kids shaking it out rather than going to blows.

In this case, we learn the lesson that the threat of violence is the answer.

By being strong and standing your ground, accompanied by an elder male overseeing the dispute, cooler heads prevailed.

We see another dad being a good father. This time telling his daughter “I am strong.”

Again, this is a call for men to stick around, do the right thing, and raise their kids to be confident and strong.

Look how bold and empowered that little girl feels when dad has her back as she confidently states “I am strong.”

Now compare that to the scared, little kid buried in his mom’s embrace after being bullied.

Oh shit! We have movement from the sideline!

Fat dad goes to break up the wrestling boys and another dad drags his son through a crowded street to chase off some teens bullying another boy.

The screen then scrolls through the faces of some young, impressionable boys.

This is Gillette’s way of saying “Be a pussy and here’s what happens, you get bullied.”

The ad ends with a clear call to action for us men to challenge ourselves and be our best. Fin.

Gillette commercial calls for men to be manly

Wow, I bet you didn’t see that coming!

At first, I thought the commercial was trying to promote weakness in men.

However, it is clearly a cry for men to step the fuck up and start being strong, masculine men again.

The ad demonstrates the consequences of a society filled with weak men.

Socialism dominating our culture and boys being rejected by women or bullied by their peers.

No, Gillette isn’t trying to piss you off so you stop buying their products. In fact, I’m almost certain this ad was produced by a bunch of “strong, independent” type women who are also sick and tired of dealing with weak men.

What they’re really saying is “If you can’t be an actual man, we don’t want you using our products.”

Yes, the truth stings. In fact, it feels like a slap in the face. But, for good reason.

For a company whose slogan used to be “The best a man can get,” they probably put pride in their products. And if I were in charge of Gillette, I wouldn’t want a bunch of losers using my shit either.

Before boycotting Gillette, don’t do so until before you’ve completing given up… or switched to a wet shaving, which is clearly superior and made for real men.

Thanks for the painful reality check Gillette.