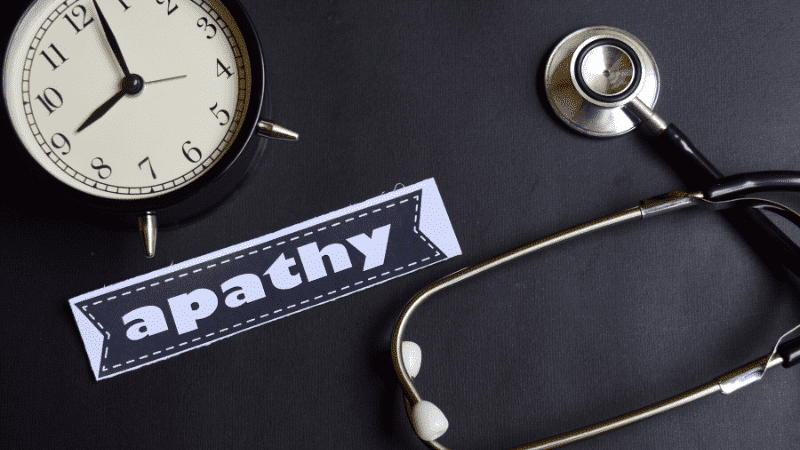 Men’s Health: Why Nobody Cares (and What to Do About It)

What does fall football have to do with men’s health?

There’s no better way to waste spend the entire day (or weekend) than pounding piss-flavored barley water, overindulging on artery-clogging, served-in-a-box variety cuisine and shouting at flickering objects on television. All while wearing the name and number of another man on your back. Along with a handful of bar buds.

Time that used to be reserved for God and family has transformed into a modern-day religious ritual for the primate in all of us men. To show support for “our team”.

With all the elements in place for a day filled with manliness, you think the NFL would uphold its sanctity and leave PC bullshit out of their programming.

What better way to spread the word about performing routine breast examinations and recognizing the signs of early-onset mammary issues than targeting an audience largely comprised of men.

In recent years, NFL players would suit up in pink accessories to make the fight against breast cancer abundantly clear.

Clearly the league didn’t expect a bunch of drunken buffoons to sit down and have a serious talk about breast cancer. Hell, most of these guys are probably sporting beer guts, walking through life with low T and couldn’t tell you the last time (if ever) they’ve had their bloods checked.

Yet, I’d consider the campaign to be extremely effective in drawing awareness to a serious issue.

Although prostate cancer kills more men than breast cancer does women. And men, in general, die much earlier than the fairer sex. But, that doesn’t stop women’s health issues from receiving four times as much in funding. At least in countries like New Zealand, that is.

Now, this isn’t to say breast cancer isn’t a big deal. I’ve known women who have suffered from its devastating effects, and the toll it takes on a woman is nothing short of tragic. Unfortunately, despite the crazy amount of public attention breast cancer receives, it is still entirely too common.

My point is that the same attention isn’t given to prostate health amongst groups of men. Or any men’s health issues for that matter.

Want to know why?

The reality is, most men will never step foot into a doctor’s office until something is seriously wrong. At which point, it’s probably too late.

Rather than making personal health an important pillar of your lifestyle, you’ll just accept whatever poison you’re prescribed to treat symptoms. Forever failing to get to the bottom of the underlying cause.

In my experience, many doctors are reluctant to provide preventative health treatments. And even if they do, good luck getting that shit paid for through your insurance.

Sure, women can rally to murder their babies at the expense of the American taxpayer. But heaven forbid if you wish to receive a medical opinion concerning your low vitality or general lack of wellbeing.

Do you want to know why nobody cares about men’s health?

Because you don’t care about your own health.

What to do about lack of men’s health awareness

When it comes to creating massive awareness campaigns regarding any sort of ailment, women simply have us beat. Whether it’s a consequence of sisterhood unity, anti-male medical bias or a bunch of male feminists trying to weasel their way into women’s panties by being allies. The girls got this issue down.

It should be pretty clear by now that nobody in society really gives a flying fuck about you. Does your personal health plan include complete inactivity followed by reliance on socialized medical programs to save the day once you’re sick and dying? Well, you’re in for a depressing demise my friend.

Born with a rare genetic condition, involved in a freak accident or suddenly stricken by an unknown disease? Then you get a pass. And my sympathy.

Otherwise, your health is your responsibility.

Most medical issues afflicting men are 100% in your control.

People constantly comment on my health. Sometimes in the form of a compliment, which I gladly accept.

But more often than not, people usually remark something stupid such as “I could never look like that” or “Wow, you must not have time for anything else”.

This is a loser mentality.

Being healthy is not hard

It’s actually super easy being healthy. Once you actually give a single fuck. Or two.

In fact, it’s much more difficult walking around with high blood pressure, waking up with lingering headaches, battling constant anxiety and overall, physically feeling like a complete sack of shit.

I will acknowledge that many of you probably don’t know where to start. Hell, back in my obese, left-leaning, loser days, I too found it much easier to point that finger at everyone else than myself.

Remember, nobody is coming to save you.

So if you are living a less-than-optimal life, I suggest you get started today.

1. Find a doctor who cares about preventative men’s health

Any doctor worth their weight in salt will focus on creating healthy habits. Not masking the consequences of poor life decisions by way of pills.

Before you settle on a primary care provider, shop around. Go online and read reviews. Call the office. Stop by for a general wellness exam or physical to see if their goals of creating a healthy you are aligned with your own.

It took me a while to find a good primary care provider. In fact, I selected my current doctor by accident when she filled in for my former primary for a routine visit.

What sold me were the initial questions she asked during my annual wellness checkout.

She even has a poster on her wall saying “Before you ask me for pills, I want you to lose 5 pounds first.“

I’ll tell you what. It’s really nice to have a medical professional who cares about my health just as much, if not more than I do.

2. Get your bloodwork done routinely

Even during my 20s, I made it a habit of getting bloodwork done routinely.

It amazes me how many men overlook this crucial step of optimizing their health.

Running routine bloodwork is no different than taking your car in for scheduled maintenance. Hopefully, everything checks out and you’re on your merry little way.

Now, let’s say something is off. Wouldn’t you rather catch it early and fix it rather than slowly decaying away from optimal physical, mental and emotional functioning? Especially without having a single clue as to why?

Most insurances will a portion (if not all) preventative blood screening. You just have to ask. And if you prefer to pay out of pocket, you can walk into just about any LabCorp in America and request the top important blood panel for men.

It may set you back a few bucks. But it’s well worth it.

3. Hit the gym and lift weights

It is impossible to be a healthy man who is not strong and muscular. Despite what body-acceptance fatsos tell you, big is not beautiful.

You are the product of generations of evolution where only the strongest survived. These genes are lying dormant inside of you just waiting to be expressed.

Get in the gym and lift weights. Save the cardio for when you already have a muscular physique and need to trim some of the extra fat. Unless you’re already advanced, weights are your cardio.

And for the love of Christ, do not even think about steroids or supplements until you have learned how to properly lift and have achieved some considerable muscle mass.

The great part about beginning to lift for the first time or continuing after years away from the gym is the insane amount of muscle you can build and fat you can burn at the same time. This is called recomposition and is something that oftentimes only new lifters can experience.

If you don’t know where to start, go to BodySpace.com and download their app. Here you can select from 1000s of programs by professional trainers, bodybuilders, celebrities or average Joes like you and me.

When you’re new in the gym, it doesn’t really matter what you do. Frequency and consistency will be key to creating the body you were meant to have.

4. Get your diet in check, you are what you eat

I used to be one of those people who thought the notion of “diet as thy medicine” as a bunch of new-age bullshit.

That was until I got my diet on point and truly marveled at the profound difference it really does make.

Even when training, you’re never going to achieve full results with a crap diet.

There’s a reason so many diet-based sayings exist:

Most people have no idea what their diet consists of. And most people can probably afford to lose a few pounds.

To get started, download a food-tracking app like MyFitnessPal and learn to log everything you feed your face. You’ll likely be surprised at how much or how little you are actually consuming.

For newbies, I’d suggest a flexible dieting approach until you learn about food, calories, nutrition, and macros. And how they affect your body.

A good place to start is IfItFitsYourMacros. Fill out a short questionnaire and you’ll get a basic blueprint of what your diet should look like.

Plug the macronutrient percentages and recommended calories into your food-tracking app and start exploring the wonderful new ways to create your favorite foods to fit these parameters.

Again, this isn’t hard. Look at dieting like an adventure. You’ll soon have a newfound appreciation for your butcher block and produce section.

5. Get a good night’s sleep

This is another highly-underrated health tidbit that is absolutely critical.

Everyone is well aware of the necessity of sleep, so I won’t go on too much about it here.

Once you get the address the previous items on this list, sleep should come easily and naturally.

I find it very hard to NOT fall asleep immediately. Unless I’ve missed a few days in the gym and my diet is off.

Make sure you get a full night’s rest (7-9 hours) to optimize your body’s repair, your mental processing, and your proper hormonal secretions.

You’ve had a long day kicking ass and taking names when it comes to your health. You deserve some quality shuteye.

Once you get these things down, you’ll be surprised at how others around you will follow.

I know it sounds hokey. But the best way to cure society of its disregard for men’s health issues is to start taking yours seriously.

And even most people choose to stay on the fast-track to diabetes and hypertension, you won’t regret ditching that depressing train.