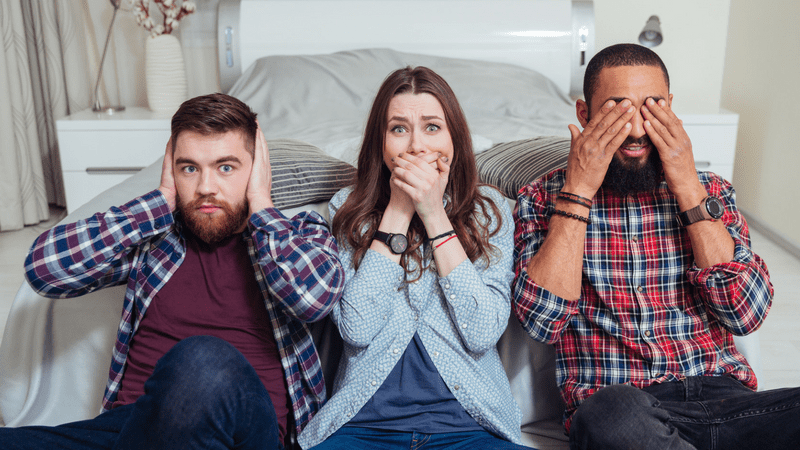 Why You Should Ignore Online Relationship Advice

Facebook and other popular social media platforms constantly circulate articles on relationships, partners, good traits, bad traits, people to date and what to look for in a partner.

Whether you are applying relationship advice to people in your past, present, future or even yourself, nobody is perfect. Remember that every person has both positive and negative traits.

We will either learn to love these characteristics or decide they are unacceptable. So let’s explore how to identify and ignore online relationship advice.

It is disturbing how quickly people polarize and schematize dating prospects into one category or another.

Furthermore, they do so with little basis and mindfulness that we are talking about REAL human beings.

Potential partners are exalted or admonished, debased and ameliorated. We often forget to define variables cast into a very narrow scope.

Put simply, if what we are reading was a meta-study of research articles, they would be considered invalid for a lack of clarification in their defining terms.

Complex individuals have life experiences, thoughts, and emotions that make them extraordinarily unique. They are not automatons.

We do not have the right to sort them into a collection of who to keep and who to throw away. YOU also shouldn’t tolerate others who categorize you for the same superficial reasons.

History reflects how wrong this is. Yet, it appears to be a common mental practice people unwittingly apply on social media to dating and relationships, as well as in other instances.

Popular relationship advice or “journalism” needs to stop portraying people as if they are trading cards.

90% of us fall somewhere in the middle of the spectrum for positive and negative traits. Good people will do wrong, it’s going to happen. Good people make mistakes. They get sad. They get angry.

In the end, though, they still have a soul and so do you.

Now, it appears relationship advice faults people for a litany of ridiculous reasons, including:

Reality reflects the errors people make that are also our own. Partners will do things that make zero sense to you, which some article will label a “red flag“. Come to find out later, the reason behind their actions makes the red-flag scenario understandable.

E.g. Your girlfriend calls and texts you a dozen times while your phone is turned off. Oh no, red flag!

She’s needy and you’re insensitive for deliberately ignoring her when you don’t feel like talking.

You see her as being overly-attached whether you unintentionally or intentionally played a hand in the reason why.

Come to discover there was a major car accident close to your work and she was checking to ensure you are okay. Her panic could simply be her expression of love for you and concern for your well-being.

My favorite fallacy of relationship advice are the obvious paradoxes between red flag lists.

One blogger states to keep a woman who is adventurous and outgoing. Then you immediately read another that tells you to avoid women who go out too much.

Look for a confident and outspoken woman. Oh wait, the next post claims confidence is narcissistic and self-centered.

Or how about this one… Keep the girl who is loyal and sometimes jealous. This shows she cares. Scratch that. She’s actually trying too hard too quickly. Red flag.

Be mindful of these paradoxical descriptions and dictate your responses based on the situation and the context.

If you keep doing the same things that solicit an undesired response from a woman, you can’t fault her.

Her reaction is a consequence of your actions.

Can’t make your date tonight? Pick up the phone and call. Not only is this courteous and expected of a gentleman, but it’ll probably prevent her from calling and texting you a dozen times.

Note: You’d better have a damn good reason and a way to make it up to her. Take responsibility of how women react to your actions.

Change your actions to change her reaction.

Some relationship advice does provide insight into things we should notice about our wives, girlfriends, partners, dates and dating prospects.

However, they still typically fail to paint an accurate picture of the whole person.

People are more complex than relationship checklists with loosely-defined terms and heavily-conflicting advice. We must be more mindful of this before we jump to conclusions.

How many of us are guilty of comparing new dates with old girlfriends and past partners?

This is a natural tendency. But, be sure you aren’t making unjust assumptions based on your past experiences.

Beware of logical fallacies such as:

Logical fallacies may convince you that she will eventually hurt you or vice versa. Or maybe you simply make false assumptions which lead you to a false conclusion.

Let’s lay out a common scenario that most of us have probably faced with a significant other.

Her friends invite her to dinner and she’s now just arriving home, well after closing time. A thought pattern such as the following might unfold:

Maybe she did cheat on you. But, you probably don’t have enough information to make a sound conclusion at this point.

Now, if she has suddenly started going out more or lying to you out of nowhere, you may need to have a talk.

Once more, context and communication are key to determine if your mutual needs, wants and values are compatible.

Avoid articles leading to conclusions that:

The lists that often circulate the internet go on and on.

Think for yourself when seeking relationship advice

Be aware of these fallacies and deceptive reasoning when it comes to considering your relationships and others. Stick to academic articles and supported research when seeking relationship advice. Relationships require a much larger degree of seriousness than your typical clickbait article would lead you to believe.

Opinions are just that, opinions.

Who is to say how bias or spiteful the person behind the writing is toward the opposite sex.

Remember, you are a grown adult and can make your own decisions on what is permissible and impermissible with your partner. You don’t need some columnist to figure it out for you or to mouth feed you what you should believe.

Though these relationship articles do provide entertainment and open up the grounds for discussion, be mindful of what you choose to adopt as truth and what you practice.

Some may cause more harm than good, damage your relationships or create a false perception in your mind of a woman who is good but flawed.

When thinking, learn how to think rather than what to think.

Most of all, think for yourself.