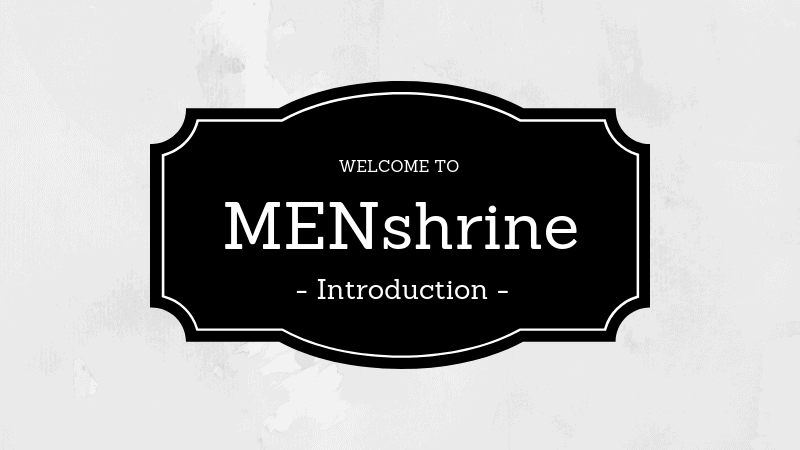 This introduction probably serves me much more than it serves you. To kick things off on the right foot, here’s a bit of context behind the concept, the site and myself.

Here I sit well into my dirty 30s. As customary for men, I’ve spent quite a bit examining myself, making sense of my life and trying to figure out what’s next.

I constantly hear about high school and your 20s referred to as the “best years” of your life.

For me, my 20s certainly started off that way.

I was living in Guadalajara, Mexico traveling to exotic Latin American locations and meeting incredible people from all over the world.

My days consisted of working out and going out. I sometimes studied here and there. I was young and carefree.

Fast forward to my late 20s. The consequences of my carefree attitude started to catch up with me. I quickly realized that I lacked many habits and mindsets to live a meaningful life.

To wrap up my 20s, I bankrupted a finance company and followed a third-world paper chaser to the swampy asshole of the south.

I soon found myself all alone with no money, horrible health and a shit attitude about life.

For 5 months I spent the majority of my time alone halfway across the country by myself. Well, I did have some company.

This was the culmination of having spent my adulthood with no idea on how to be a man. And my life certainly showed it.

Reality has a way of being painfully honest when you choose to ignore it.

I chose to no longer ignore it.

I had no idea how I was going to get out of my lifelong “funk”. But I knew I wanted to be a happy, healthy man and I knew it was going to happen.

So I simply started.

Throughout my transformation, I poured through panels, podcasts, presentations and blog posts from leading manosphere minds.

Not only did I consume this information, I applied it.

Before I knew it, I was making progress and for the first time in my life, started coming into myself as a man.

Looking back, I was your typical millennial male. Just do a YouTube search for social justice warrior, cuck, beta male or white knight videos. You’ll get the picture.

Without passion, plan nor purpose I was a professional at giving all of myself to others. The problem was I received nothing in return.

Being disappointed became the norm for me, accompanied with a side of anxiety and dash of depression.

Once I began the “WTF” discovery phase, I started identifying themes that became increasingly stronger the more I got to know myself, make sense of my past and observe society around me.

I quickly realized that I, like you, was simply the byproduct of a demasculinized society.

From my earliest memories, I recall being taught that men were simply bad. Anything traditionally male was brute, undesireable and strictly verboten.

I grew up on the West Coast in the 1990s and 2000s. Even as a kid I was baffled at how everyone around me was promoting pussification.

With no masculine influences in my life, I felt like I was drowning in a cultural whirlpool of wussiness.

My inability to suppress my youthful energy and sit still in a classroom for 8 resulted in counseling, isolation, and medication.

I watched as boys transitioned from tag, kissing girls, smear the queer, and beating up to bullies to video games, approval seeking, socialism and a fondness for soy.

As adults, these same boys now rely on the government to solve problems rather than oneself.

Have you been infected with this progressive poison? Look around, many have. And they will do their damnedest to force a dose down your throat.

I dedicate this site to the lost boy, like myself.

Those trapped in an environment hostile to the development and actualization of a true man.

Do what you may with this treasure trove of knowledge. I hope it helps you become the fearless and proud man you’re meant to be.

And maybe we’ll have some fun along the way.

Although I used to think I was an adult at 18, I now realize you’re not really an adult until you become a man.

Most cultures around the world require a right of passage into manhood.

Hopefully, this is my personal right of passage.

Ok, enough of the sappy shit…