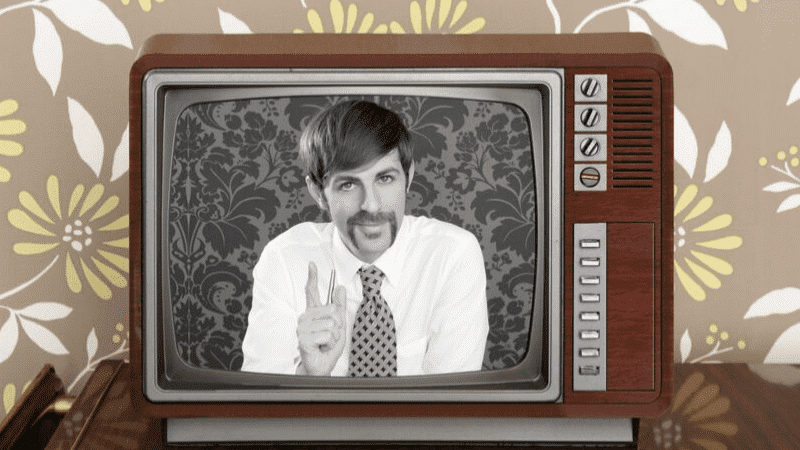 Why Are Modern TV Dads So Damn Dumb?

Modern TV dads are all dumb

Take a look at any pop culture crap, adult cartoon, or sitcom on TV and you will immediately notice one thing. TV dads are all dumbasses.

And if they aren’t completely retarded, they’re usually spineless, helpless, and submissive. Often lacking any demonstrable sign of character, dignity or authority.

The usual modern male archetype you see on TV is a lovably aloof man-child. Homer Simpson, Peter Griffin, Al Bundy, Tim “The Toolman” Taylor or even my beloved Randy Marsh. These dads are all bumbling idiots.

Since the mass introduction of television into the family home, we’ve seen the typical dad role evolve.

The 1960s to 1980s featured mostly fathers who fell into the traditionally male role of being head of the household. The breadwinner, the wise one and the ultimate authority.

As the social fabric continued to break down as a result of the destruction of the nuclear family, TV dads followed suit.

Television is all about advertising

You can criticize TV content all you want. But, the business behind the television is not focused on entertainment. Television is all about advertising.

TV programming acts as a hook to deliver ads to consumers. The more content resonates with viewers, the more they feel a sense of familiarity, and the more likely they are to purchase products from targeted ads.

The behavior of all sitcom characters must be exaggerated to keep audiences engaged. Otherwise, eyeballs look away and advertising dollars dry up.

Long gone are the days of Leave it to Beaver. Today, the modern american family probably does resemble the Modern Family sitcom.

Funny enough, even the gay dads are complete doofs on that show.

Al Bundy (different name, I know) even return as a favored primetime father. However, even with a hot ass Colombian side piece who can barely speak English or throw a coherent thought together, good-ol’-Al is still the buffoon of the family.

Regardless of the family makeup, the dumb dad remains constant. Hell, who else would be the butt of every other character’s joke?

Dumbness of TV Dads is exaggerated for the sake of entertainment

Truth has it, the ins and outs of fatherhood aren’t really that exciting.

Writers would be hard-pressed to come up with compelling plotlines surrounding your average Joe. A middle-aged, mid-level management suburbanite with a plain Jane wife and less-than-stellar offspring.

For that reason, I really don’t take fault with television producers or even the advertisers that support them.

Most modern males live painfully average lives and people tune into television to escape their woeful mediocrity. And that is all television is. An escape.

Sometimes, creating compelling content requires touching upon sensitive societal topics. To do this, writers often use women or children as the voice of reason. While dad depicts all the dumb, depraved behaviors of our society.

Since men are disposable and nobody takes men seriously, it’s easier to tackle tough topics using a character who acts like a complete jackass.

TV dads a reflection of the state of masculinity in modern culture?

I have noticed how television has become increasingly more subversive over the years. This is a likely attempt to shape culture.

We can ask the fundamental question, “Does media influence culture or influenced by culture?” I’d venture to guess the effect is more symbiotic than anything.

With many male tv viewers coming from fatherless families, there really isn’t a need to depict a strong, masculine man. In fact, such depiction would be uncomfortably foreign to a grown boy who has yet to develop his masculinity.

In some way, I could theorize that the dumb dad is nothing more than a digitized mechanism to sooth the often-not-so-apparent wounds of an aspiring man without direction. Rudderless males. The lost boys.

Although dumb, it’s better to be boyish. Trapped adolescence is more recognizable to modern audiences. Hell, there’s even a show called Arrested Development for this exact reason.

I get it. TV dads are all a bunch of dipshits. But would a masculine man or two hurt?

Probably. In fact, I think a masculine TV dad would barely resonate with viewers.

Is Don Draper of MadMen the ideal masculine TV dad?

Don Draper of MadMen was wildly popular. Almost annoyingly so. To the point where most men who work in media still try to imitate him today. Even if they clearly lack his unbridled alpha masculinity.

But, in the case of sitcoms, you can’t be too manly. Even a “strong” man like Don Draper still had to have some serious character flaws. Like being a rampant philanderer and a bit of a boozer.

Again, the writers need to take some artistic liberty to make the story interesting.

What if Don were your stereotypical 1960s square with black shoes, socks slacks and tie with a tucked-in, white t-shirt who never drank, smoked or cussed and simply worked hard because he loved his family? Viewers would’ve likely tuned out.

Interestingly, as that show progressed, it also showcased the shifting attitudes of male vs. female relations. As the once-shamed, single-mother secretary progresses to partner, we also see Don start to go soft.

The lesson? Masculinity is bad and must be softened.

Rise of the TV wife and kick-ass female

As long as the man is emasculated, the tv wife or masculine female character is in charge.

In the “you go girl climate” of modern America’s “strong, independent, woman”, having a TV wife in charge is going to resonate a lot more with the targeted advertising demographic.

Unfortunately, it appears the women wear the pants in most modern relationships offscreen as well.

Television is for women

Most television viewers are typically women.

Remember, the goal of tv is to deliver ads to consumers. The people that buy worthless products that networks hock are typically women.

When TV starting entering America’s living rooms in the 1950s, most women still stayed at home and worked as housewives. They also did (and still do) make most of the domestic purchasing decisions.

From the get-go, television programming was produced to cater to female tastes. And deliver ads.

Ever wonder where the term soap opera came from?

It actually came from radio serials of the 1930s that delivered ads from soap manufacturers. Ultimately, this approach (and terminology) transferred to television as well.

Daytime programming is still dominated by pure cultural crap in the way of soap operas, talk shows, and Hallmark specials. Primetime, although a bit better, is primarily family-focused. Since there’s not a whole lot of single fatherhood, primetime’s prime target is women as well.

So what’s my solution to avoid dumb TV dads on screen?

Stop watching tv entirely. Seriously. That shit is poison for the mind. And like modern music, most television is pretty terrible anyways.

Go on YouTube and watch documentaries about valiant men instead.

They are much more interesting and you only have to watch 15-second ads featuring lispy, effeminate-sounding males with string bean arms. Rather than an entire block.

Can you think of any other factors behind the decline of TV dads?