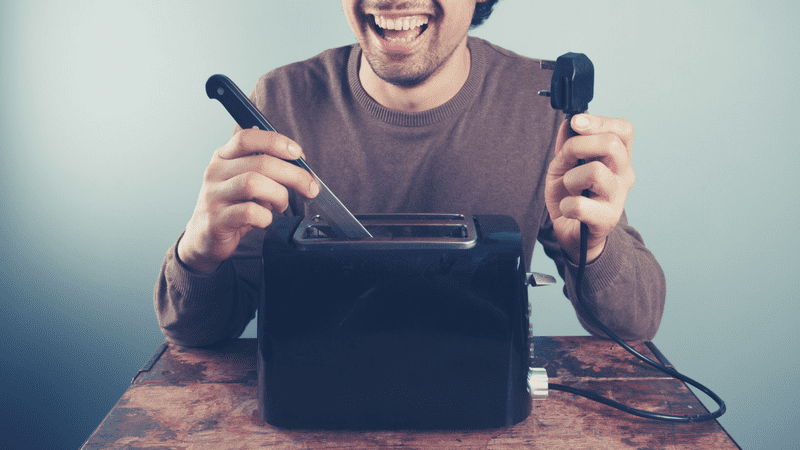 Grow Up: 10 Behaviors that Separate Boys from Men

Men need to grow up.

This is a common complaint we hear from women.

However, when searching for “behaviors men should avoid” I discovered most lists were authored by women.

Now, there’s nothing wrong with this. To be honest, I find myself agreeing with many of the arguments. But, for much different reasons.

So, I compiled a quick list of my own. Here are 10 things that every man should stop doing to finally grow up.

For those who think cat-calling is acceptable, let’s talk practicality.

Have you ever had a woman respond with anything other than utter disgust?

Unless you’re living out some sort of role-playing fantasy with your girl, probably not.

I’ll admit, I do catcall playfully when my lady slides into something sexy. But, with a stranger, cat-calling is usually a pretty terrible opener.

Actually, not a single woman I know likes cat-calling. Usually, they find it uninviting, intrusive, creepy and repulsive.

These are not the initial feelings you want to arouse in a woman.

Want a call a woman’s attention? Work on the things that make women want to come to you.

Stand straight, dress sharply, carry yourself as a gentleman, improve your manners and work on your physique. These are just a few steps to take once you decide to grow up.

Additionally, they are traits everyone, not just women, find attractive.

Vanity is not manly. This behavior is usually reserved exclusively for women and children. Again, time to grow up.

Yes, there are very rare instances where man selfies are acceptable.

For example, I like to take selfies a with a heap of garbage obscuring the view of historic monuments.

One time, a buddy of mine passed out at a nightclub and girls were lining up to take selfies with him. Admittingly, I did join in on the action to document the best “game” I’d ever seen him pull.

Normally, any other photo I take doesn’t include me at all. Stellar sunsets and funny road signs are all I really ever shoot.

Want people to notice you? Draw attention for the right reasons.

Your achievements will earn much more success with women than unearned social media stardom.

Men don’t talk about people. Instead, we discuss ideas.

Modern mass media has devolved us into a tabloid-like culture where we focus on people over principles.

Every workplace has a gossiper. And they’re all annoying. Please, don’t be this person.

Only speak with gossipers if rumors affect the productivity or safety of your team. Keep in mind, your goal is to put these rumors to rest.

Don’t ever say anything about someone behind their back unless you’re willing to say it to their face.

While you’re at it, learn to keep secrets.

When someone reveals something to you in confidence, do not break that trust.

A man is his word.

When you’re a man of integrity people actively seek to develop stronger relationships with you.

Passive communication indicates you lack self-confidence and don’t know how to boldly speak your truth.

A man is direct, purpose-driven and takes action.

Let go of passive-aggressive behavior if you don’t want to be seen as weak, untrustworthy and incompetent.

Disagree with someone or something? Say so.

A know-it-all is someone who provides unsolicited input.

Furthermore, they purport to have education, training, qualifications or firsthand experience with something they know nothing about.

A know-it-all will reject all commentary, ideas, opinions, suggestions, and thoughts which are not his own, regardless of validity.

There is nothing wrong with not knowing the answer. Nobody knows everything. Moreso, people don’t expect you to know everything.

Ignorance is the first step to learning. And admitting your lack of understanding is a great invitation to learn something new.

Unfamiliar with a topic? Alright, simply say “I don’t have enough information to have an opinion but would love to hear what you think.“

Consequently, people are much more likely to listen when the conversation shifts to your field of expertise.

Now, if a know-it-all does call you out, do not shy away from a debate.

Just be sure you actually know what you are talking about.

Video games are a complete waste of time. They create a false reality that diverts your time and energy from doing productive things.

Yes, they can provide an artificial outlet to satisfy the masculine urges of adventure and exploration. However, they still fall far short in achieving real-life challenges.

Want to compete? Join a gym, take up a new sport or start a new business.

Did you know you can develop a healthy new habit, right now?

Drop down and see how many pushups you can do. Tomorrow, increase this number.

Or go for a run and see how far you can go. Again, try to run more next time.

For starters, try the principle of progressive overload to begin building the man you strive to be.

I don’t know how often I hear modern men stating how and why they can’t do something.

This negative mindset comes from a place of fear and self-loathing. Not owning your actions and taking control is a sign of male weakness. And a sign you might need to grow up.

Remember, you are the lone architect of your life. Design your masterpiece.

Do not ever put up with disrespect and set firm expectations for how you are to be treated.

Never acknowledge someone who disrespects you. Doing so only rewards their poor behavior.

Your time and energy are limited. Only offer yourself to those who value you.

Learning how to drop disrespectful people is a game-changer. This allows you to focus time on those who actually want to do business.

I’d rather hang with a handful of awesome people than deal with a pain-in-the-ass any day.

Although demanding respect, don’t be a dick in the process.

Smile, express gratitude and treat everyone with respect unless they do something to lose it.

When dealing with someone new set the bar at 100 and adjust accordingly.

We live in a hyper-sensitive, politically correct culture.

Political correctness is a deep-seated sign of weakness. Do not sacrifice your integrity to spare offending someone.

You are not virtuous for concealing your truth and practicing political correctness.

Lying to someone doesn’t benefit you or them. Doing so only perpetuates false realities.

Don’t be an enabler.

Does something taboo piss you off? Good, let it out.

Allow adults with childlike responses to be upset. And, consider this a blessing.

It lets you know who to ignore without wasting much time.

Fill your life with like-minded individuals who share your purpose.

No man should ever be offended. This behavior is cowardly.

When you’re confident in yourself, words cannot break you.

Disagree with something? Set the record straight or walk away.

Taking offense doesn’t solve the problem. If you feel offended, attack the weakness in you rather than the offender.

For example, are you offended when someone calls you fat? Likely, you’re upset because you don’t like being fat.

Make the change and you’ll no longer care.

At one time, I weighed upwards of 300 pounds and fat comments stung. But, they were valid. After getting in shape, I stopped hearing fat comments altogether.

Today, when someone calls me fat, I know it’s a joke.

In fact, I’ll be the first to call myself a fatty after slamming some county-fair funnel cake.

Time to grow up!

Hopefully, this provides a good starting point to do some self-evaluation and identify where you need to grow up.

Guilty of committing any of the mentioned behaviors? I have good news…

It’s never too late to grow up.