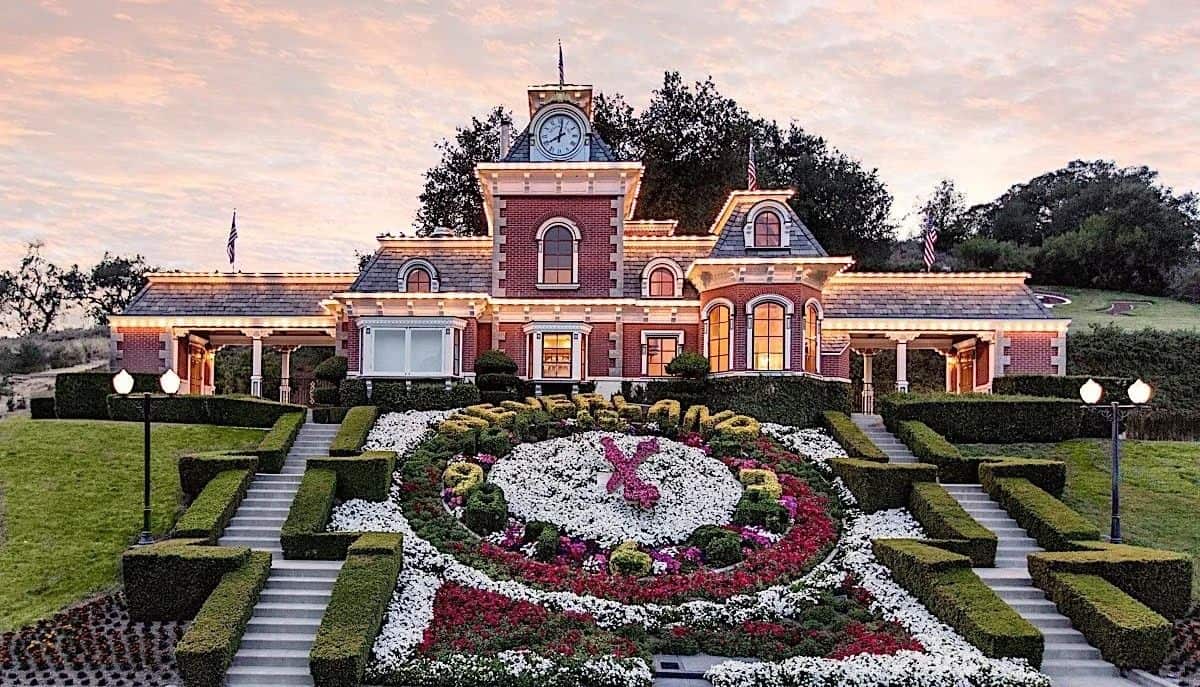 Leaving Neverland: Where Were the Moms?

The 2019 HBO Leaving Neverland documentary follows the story of two of Michael Jackson’s child “fans” who claimed they even had romantic relationships.

Yes, the stories are disturbing, to say the least. So disturbing, they thrust Michael Jackson back into the spotlight, even post-mortem.

Naturally, media outlets everywhere are dusting off the story, leaving us once again with the question “Did Michael really touch those kids?”

That’s not the topic at hand today. Instead, the entire time I watched the Leaving Neverland documentary, all I could think was “How the hell did these moms allow this to happen?”

I took some notes as I viewed the documentary due to my level of disbelief.

It wasn’t until later that I realized the entire two-part HBO Leaving Neverland documentary is really just a giant red pill lesson book.

This is my attempt to break down how the moms of Michael Jackson’s alleged victims allowed their kids to get (potentially) raped.

In the days of old, having kids would usually remove women from the sexual marketplace entirely.

Since the left has decided to disintegrate the nuclear family as the fabric that holds society together, we have seen this change considerably.

Now, people don’t actually have to have talent to become famous. If you’ve ever seen a stage mom or one of those tiara toddlers, you’ll know that many parents opt to pass their entitled sense of false self-worth down the line.

They do this by pimping out (living vicariously through) their kids. The hope is that a famous kid would reflect well upon them and finally show the world that they are not really losers.

There’s no better case for this than Michael Jackson. Although in this instance, his dad did the pimping. The case of the King of Pop is extreme.

Basically, the guy forfeited his childhood to become a modern-day God. Sadly, he ended up locked in a regressed emotional and mental state.

At least that’s what the defense claimed in his child molestation cases.

To be honest, I feel bad for the guy. However, that doesn’t dismiss some of the weird shit he did. Like sleeping in the same bed as children. Especially children not related by blood.

No strong male presence at home

Initially, I thought there were no dads in the picture at all.

Sure, we found out one of the dads was weak and unfortunately had mental issues to boot. As a consequence, he allowed his wife to literally break up the family so she could chase stardom with her son, leaving her husband to literally die.

Yes, the poor guy killed himself.

So although there was a father, he wasn’t present in the decision-making process. I’ll consider this a technicality.

Dad or no dad, there was no strong male around to say “WTF” and stop the rapey relationships from continuing.

Changing the rules for high-status male

Suburban starstruck moms were rightfully excited to meet a superstar.

For those who don’t remember or were too young, Michael Jackson was a superstar since he was a kid himself. Furthermore, he launched into the stratosphere following the release of Thriller, the world’s best-selling album.

When the moms first met Michael Jackson, they were so amazed that someone of his status would give them the time of day, they seriously let their boundaries slide.

At first, the moms did show some vigilance and suspicion. But, after luxury hotels, jet-setting around the world and the chance at future stardom for their boys, those reservations were sent to bed quicker than their boys.

As Michael continued giving the moms attention, their guards went down even more. To the point where the Starfuckers would ultimately allow their kids to get fucked.

Essentially, they sacrificed their kids for their own validation.

One mother even exclaims the “stage mother in me kicked in”… and so it began.

I like to call this effect the exploited stage mom syndrome. Essentially, having a desire so strong to be famous, they’ll sacrifice the well-being of their children.

Hell, even after the boys went on HBO to talk about being butt-fucked, the middle-class moms still appear giddy as they reminisce about “their” experience.

Michael Jackson likely knew this and played into the female need for validation to take advantage of the kids.

As mentioned, although the man can moonwalk, Michael Jackson still was a fucking weirdo.

Just like overweight single moms protect their weak fatherless children today, the maternal instinct kicked in and they began seeing Michael Jackson as one of their own.

This isn’t a bad thing per se.

The maternal instinct is beautiful and completely necessary for creating newborn infants. It’s not so great for preventing pedophiles from fucking up your family.

Since women often see everyone as being the same, why wouldn’t she let her 8-year old boy sleep in a hotel room alone with a full-grown adult?

Just how they convince themselves feminism is liberating, socialism isn’t evil and Kim Kardashian is important because she got dicked down by some guy on grainy film, women are susceptible to believe absurdly stupid shit.

Some call it brainwashing.

I call it being an idiot.

The Leaving Neverland documentary merely touched upon this theme. But, it is still powerful nonetheless.

I get asked no less than at least once a week what my astrological sign is. Even though I change my answer every single time, that still doesn’t stop some ditz from proclaiming “she knew that”.

In this case, both the mystic mom and Jehovah’s witness Michael Jackson prayed one another would enter each other’s lives.

Sure, most adults would think it’s inappropriate for a full-grown adult to spend hours on the phone with their children.

But, it was destiny. So the moms just let these things play out.

Lifestyle of the rich and the famous

The combination of wanting what’s best for her boys (ie, herself) and seeking a sample of stardom leads to the acceptance of things like pre-pubescent penis play.

Again, one mom had no qualms about leaving half of her family and mentally ill husband half a world away to live the life of the rich and famous.

From the kids’ perspective, all of Michael Jackson’s nutty antics seemed normal. And why wouldn’t they? They’re kids.

Parents need to set boundaries and protect kids. But when parents become children themselves, they leave their offspring vulnerable to victimization.

Both boys claimed that Michael Jackson would say “this is how we show our love” as he was groping them. I know, disgusting.

These are models that parents need to show to their own children either by demonstrating the healthy expression of love or setting firm boundaries against unhealthy representations.

Once Michael Jackson had his multi-colored meathook inside the little boys, he began calling them “son”. Fulfilling the ultimate beta bucks fantasy for mom while creating a literal world of fantasy for the children.

Although Michael focused on the boys, both moms truly felt like they had a strong relationship with the pop star too.

For decades, MJ held strong frame by refraining “they’re just trying to get my money” if anyone suspected him of anything.

To the degree that even after multiple allegations, future families still allowed their kids to get uncomfortably close to the real-life Peter Pan.

Mom made it all about her

One of the older brothers states it became “the Mom show”, as she started a new life and broke up the family.

We can keep pretending that for her it was about an “opportunity for her son”. But let’s not kid ourselves.

For mom, it was all about mom all along. This is hypergamy (and hamstering) at its finest.

Although it’s not clear the moms did anything sexual with Michael, they were certainly swooned by his eccentricity and lavish lifestyle.

Even when the Australia mom made it to America and her son had been placed firmly in the friendzone, she still stuck around.

By now, she was indignant.

How could Michael do this to us?

Never did she ask “what the fuck am I doing?” Or admit she was a terrible mom.

In fact, I still don’t know who was alpha widowed worse, the now single mom or her pedophile’s pet chow of a child.

It’s not a mystery many women completely lack agency.

Nothing can ever be their fault, it must be the patriarchy, capitalism, her ex-husband, the weather, or anyone else’s fault for her poor decisions.

Even the grandma interviewed says “he’s to blame, he’s to blame for a lot of things.” Hmm, ever heard of the word “no?”.

Mom had no agency in boarding the plane and splitting up the family right?

Even years later when one of the kids tells the truth to his mom, she admits she fucked up and decides to “make it up” to her son. By keeping the secret. Thus saving face for herself.

Again, mom makes it all about her. She knows damn right she’d have to face the music if she went public. So, it’s best to keep it secret and enjoy the memories of living like a superstar.

Although the documentary was definitely disturbing, it does provide some interesting insight into the lengths some moms will go to get close to stardom.

Although I didn’t see it the first time around, the documentary is full of Red Pill truths. And is definitely worth watching, or rewatching.

Hopefully, that gives you a different view of the events that unfolded in the documentary.

Watch the Leaving Neverland documentary for yourself and see if you can’t spot something I may have missed.

Be sure to share your findings in the comments below.