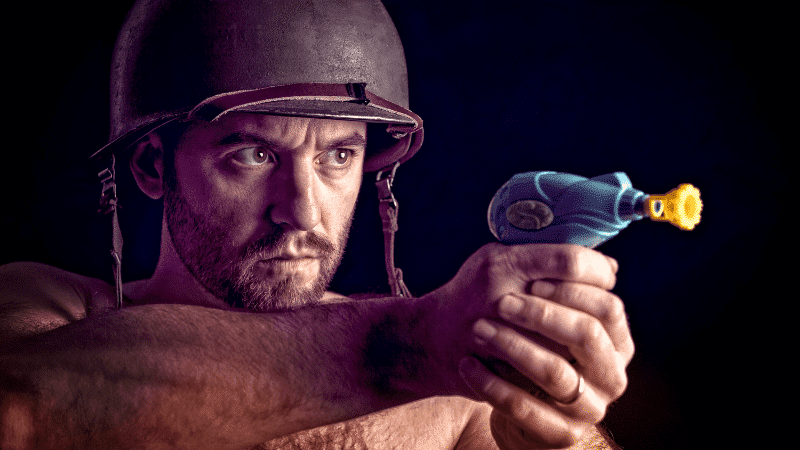 We’re in the midst of a cultural civil war

There’s no doubt that America is in a cultural civil war.

The 2020 election cycle is already ramping up, with countless loonies from the left jumping onto the Democrat docket. This next election just might serve as the tipping point which leads to a complete cultural meltdown.

Or full out cultural civil war.

Although I’d prefer progressives put down the bong and study the last 100+ years of failed socialist experiments, there’s always the possibility of armed conflict.

The funniest part is that usually, it’s democrats inciting the violence! Oftentimes, like betta fish, it’s against their own.

Now, let’s imagine the rest of the country finally gets sick of the left’s shit and decided to dump them in the sea. Say, starting with California.

So, in the name of fun, here are my reasons liberals will definitely lose the cultural civil war.

Note: For the sake of this article, I’ll refer to liberal in the modern sense of the word and use terms like left, progressive and, Democrat interchangeably.

1. Democrats are less likely to reproduce

Being completely anti-family, liberals are less likely to reproduce. At least to replacement population.

Only biological male and female (out of the however many made-up genders) can reproduce.

Most low-T liberal men completely repulse fertile, feminine women. Or they decide to just fuck each other.

Due to this, the chances of far-left leaning Democrat dipshits mass-producing aren’t too high.

Since they can’t or won’t reproduce, they won’t be able to directly leave a poisonous legacy to their non-existent offspring.

What if they do breed?

Let’s pretend the typical low-mobility, soy-boy, beta sperm does manage to meet the spoiled, ecstasy-fried, eggs of a plus-30, carousel-riding woman.

We can almost guarantee the children will be timid, weak, or completely retarded.

2. Left-wingers are less likely to vaccinate their children

Some of history’s hottest diseases are back and stronger than ever.

All thanks to a group of hippy-dippy dopes convinced their children might develop autism.

Although the vaccine hypothesis has been clearly disproven, Bernie bandwagoners still think they know best.

Most liberals are unable to accept the fact that their general degeneracy is likely the cause of autism and other developmental issues with their offspring.

If they’re not murdering unborn babies first, leave it to liberals to put their own children at risk of dying from completely curable diseases.

Unfortunately, leftism is cultural cancer that doesn’t appear to have a cure anytime soon. Short of an actual civil war.

Now imagine all of the strong, masculine men you know.

What do they eat?

How about all the vegan/vegetarian men (who aren’t on steroids) you know or know of? How would you describe them?

Many liberals do not consume animal products. As a result, they completely lack the necessary complete protein, amino acids, saturated fats, and general nutrition. These all serve as important precursors to the production of healthy male hormonal levels.

There’s nothing wrong with having low testosterone and high estrogen… if you’re a woman. For men, this can have devastating effects including brain fog, fatigue, depression, and decreased general well-being.

You can be rest assured that even the “strongest” of lefties won’t have the strength or stamina to overcome physical obstacles when left to his own devices.

There is a reported correlation between those who favor income redistribution and the lack of upper body strength.

Most modern men are unable to bench press their own bodyweight. Many don’t engage in any sort of physical activity whatsoever. Those that do, usually shy away from strength or combat style training.

The combination of physical weakness with cowardice should be easy to combat without ever having to fire a single round.

Do you want to know why most lefties are anti-gun?

Yes, it is because they are completely totalitarian-leaning cowards. But, I also think the sheer thought of having to stand up and defend themselves is utterly terrifying to them.

Close your eyes and imagine a group of your typical left-coasters trying to attack Texas.

Does a flickering picture show of hilarity play out in your head?

Let’s say society does collapse and we all devolve into a Mad Max scenario.

Who do you think will survive?

A bunch of whiny, safe-space-seeking stoners or the biggest, baddest, brass-slinging motherfuckers in the land?

I’ll put my money on the guys with guns.

The remaining men will likely band together to take resources by force.

Many conservatives are already prepared for a doomsday scenario. This includes stockpiling their own resources like an ample supply of gold, guns, and ammunition.

Aside from physical goods, they also have the manpower. The following groups of people tend to lean conservative:

I’ll take the guys with guns (and actual combat experience) on my side any day.

In the sense of fairness, liberals do have a few things going for them.

We see this evidence constantly in the modern cultural civil war.

State-sponsored education, culture, mass media, and progressive tech companies are all on their side.

But remember, these institutions all provide niceties rather than necessities. And when the music stops, you best bet your ass they’ll be the first to go.

7. Post-modernists waste time, energy and resources on the wrong things

As history has shown us, people who follow left-leaning ideologies will stop at nothing to keep everyone in line. They also waste an enormous amount of time, energy and resources in doing so.

How many lives were lost trying to retain their “right” to own slaves during the first civil war?

How about forcing Jim Crow laws on these newly-freed slaves? After passing civil rights legislation, liberals immediately began fighting tooth and nail to put these same people on the welfare plantation.

What about Nazi Germany? These socialists (yes, Nazis were socialists) diverted an enormous amount of energy seeking to eliminate an entire group of people. Luckily, they didn’t allocate all of their resources to the war effort.

Like a Jim Jones cult follower, most would continue drinking the kool-aid rather than preventing their own demise.

In today’s cultural civil war, we still see leftists waste an inordinate amount of time trying to keep their followers (and everyone else) in ideological lockstep.

8. Leftists are starting to eat their own

Leftists are already isolating themselves in an ideological fishtank. Geographically, they prefer to live in close proximity. Until they destroy their environment and seek cleaner water, that is.

We can see evidence of this in pockets of once-conservative places like California.

Now apply this scenario to an entire population.

When you belong to a group of people who only see value in victimhood, eventually you’ll run out of oppressors and be forced to cannibalize.

This is already happening in lefty circles. And amen for that.

How conservatives can win the cultural civil war

In general, neo-Marxism is a complete race to the bottom. And the race is already on.

This is why I advocate we just allow libs to let live.

Sure we could finish the job.

But, as demonstrated in this article, they’re already doing it to themselves. There’s really no reason to change the sheets when your opponent shits the bed.

However, like any form of communism, we must still practice containment when it comes to the cultural civil war.

That’s why organizations like the NRA refuse to EVER cede any ground to the left. And thank God for that.

Give the Dems an inch and they’ll take a mile. Or Austin.

Just wait and see. Eventually, we may even see places like California actually fall into the sea.

In the meantime, take a seat and watch the excitement of the 2020 Election cycle unfold.

Want more? Be sure to check out 12 Tips to Look (and Act) Like a Liberal Loser.